Lihilihimōlina: Native variety; Lihilihi means eye lashes or eyelid. Mōlina is a border, trim or edge. According to J.K. the name refers to the curve of eyelashes or a crescent moon, characterized by a purple crescent in the center of its pinkish white corm. You must cut the corm to see the lihilihimōlina crescent.

Primarily as a table taro.

Found only occasionally under māla (dryland) culture on the island of Hawai‘i. According to J.K., Lihilihimolina was reported growing in a garden in Puna in 1967, then it disappeared. It was not seen again until the 1990s, when a farmer found it in an abandoned lo‘i in Waipio Valley. He brought it to a kalo workshop J.K. was holding in Hilo and the cresent in the corm was visible.

55 to 70 cm. long, rather drooping, yellowish-green flecked with reddish-brown near the kōhina (base), a faint, pale pink ring at the kōhina (base) with white for 3 to 5 cm. above the base.

Conspicuously lilac-purple at center and white outside; skin white with purple along leaf-scar rings. When you cut the corm of lihilihimōlina you may find a purple semi-circle, half moon shaped mark inside.

Lihilihimolina tends to be resistant to Phytophthora root rot, a fungal disease that attacks the 'i'o kalo. It reputedly was the favorite variety of Queen Emma, wife of King Kamehameha IV. Remember the purple crescent. 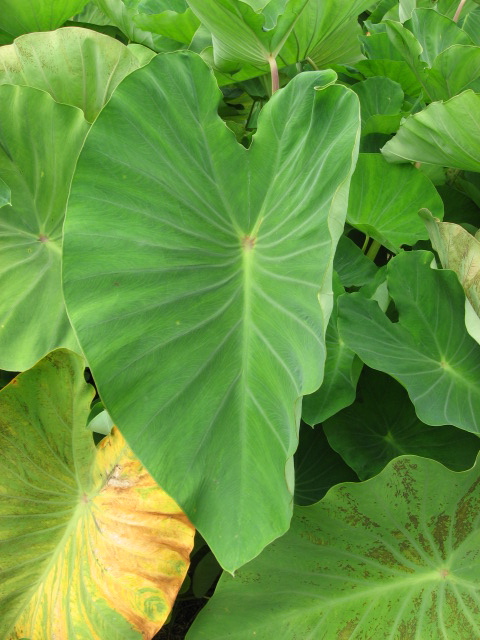 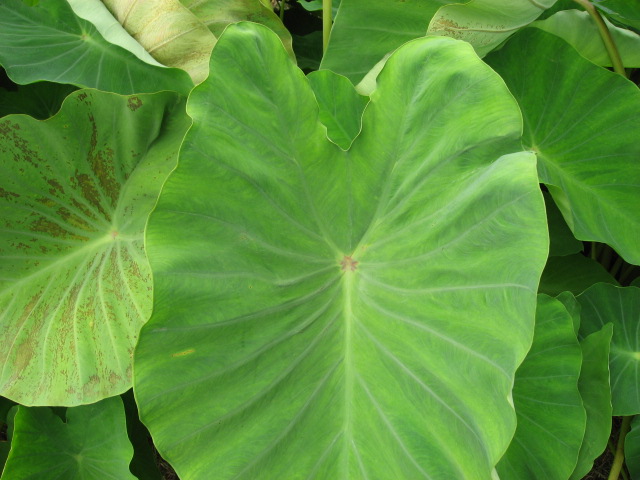 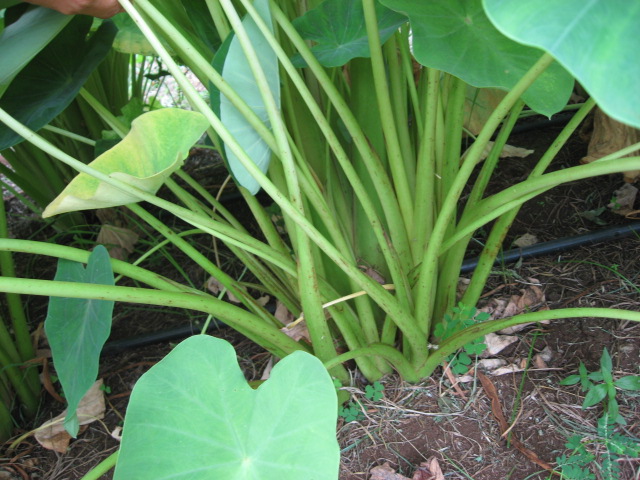 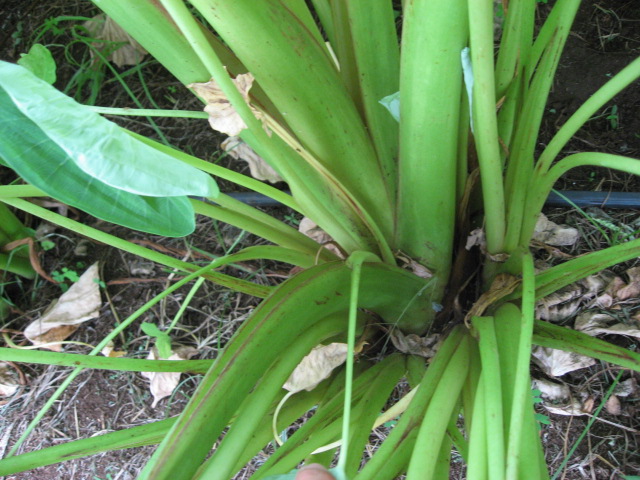 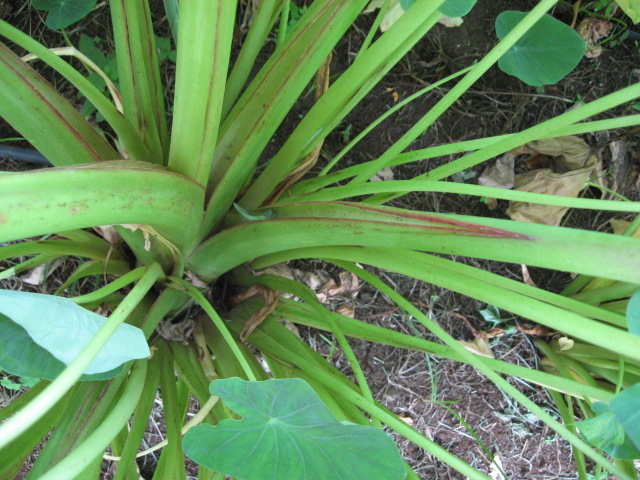 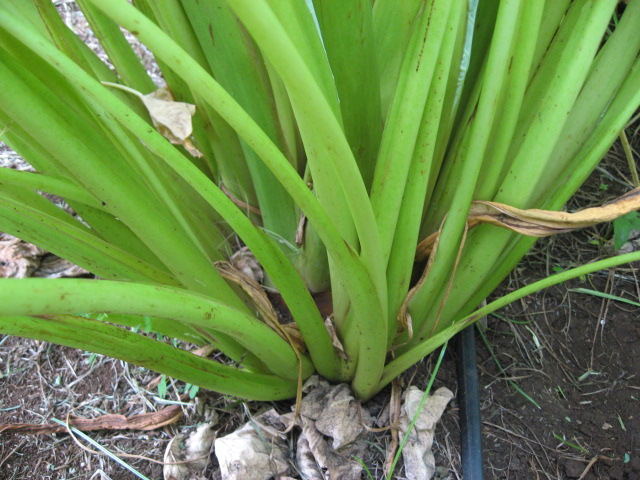 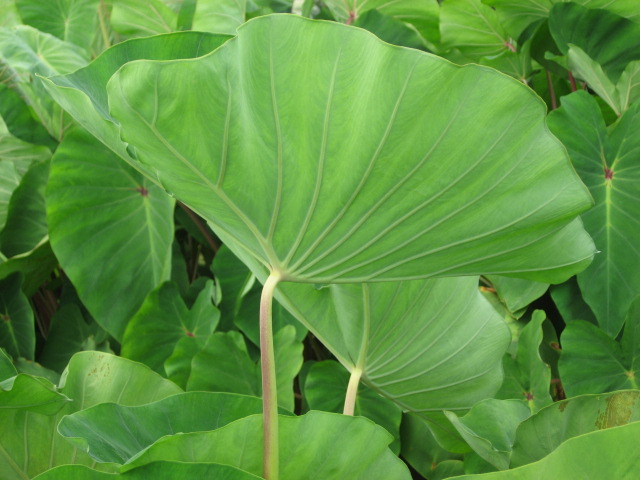 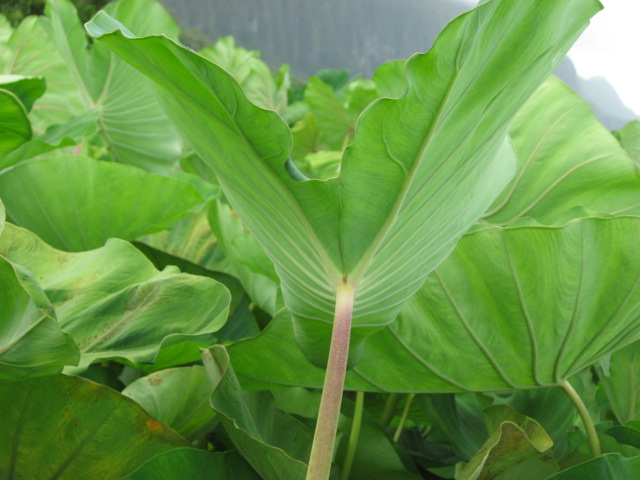