Probably a native of Japan; called Akado because of coloring of Hā (Petiole). ‘Eka‘eka, meaning dirty reddish, is the name given by the Hawaiians, probably also referring to the Hā (Petiole) coloring. ‘Eka means dirty, soiled.

Medium in height to tall, stiffly erect, stocky, maturing within 10 months, producing more than 20 ‘ohā which remain dormant for several weeks; outstanding among the Japanese taros because of the vivid Hā (Petiole) coloring.

60 to 90 cm. long, greenish-bronze shading into dark reddish-purple at kōhina (base) and apex, indistinctly edged, curved abruptly at apex so that blade hangs more or less vertically.

The parent kalo (Corm) are edible but an aversion to them exists because of their extreme acridity (bitter). This variety is highly resistant to disease. It has the largest ‘ohā of the Japanese taros and probably has the best quality but is grown only to a limited extent because of its comparatively poor keeping quality. 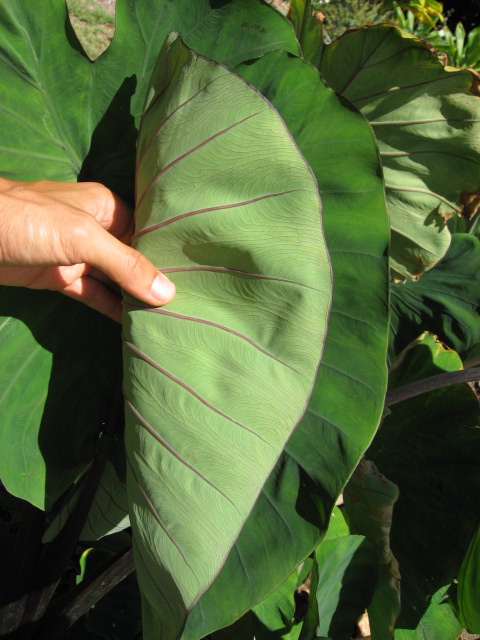 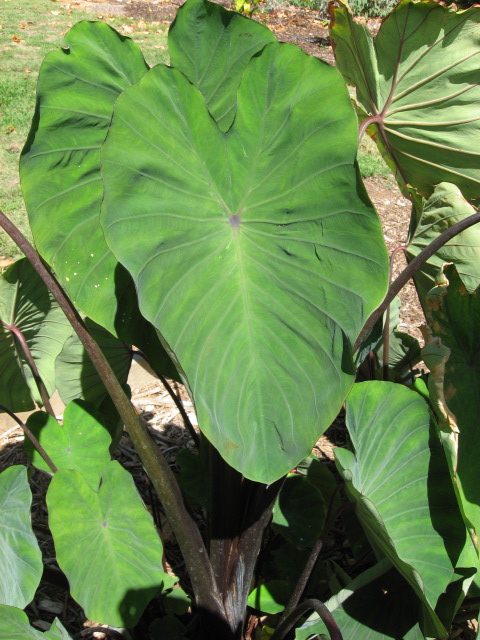 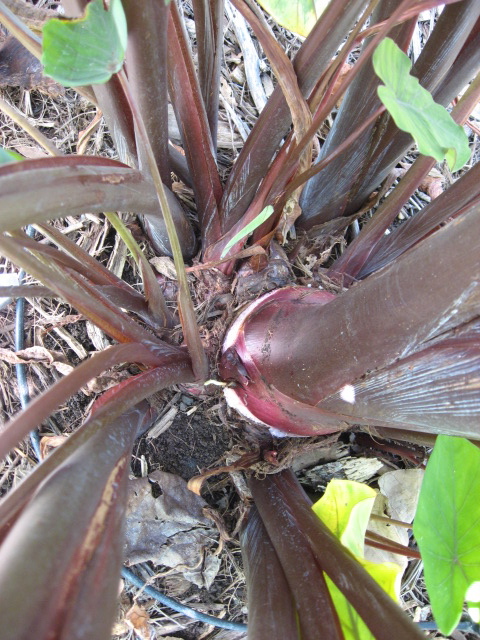 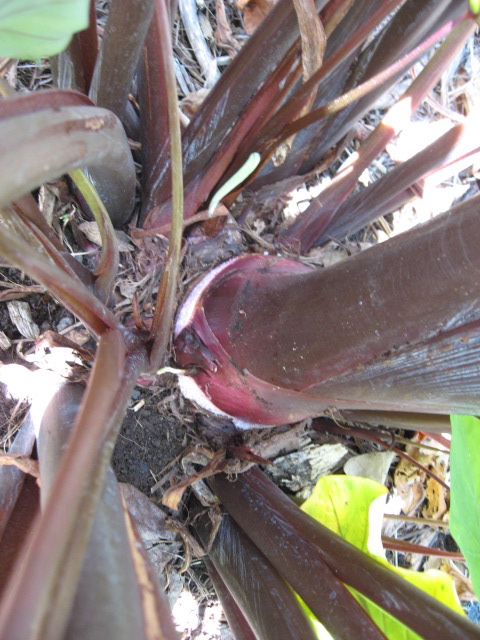 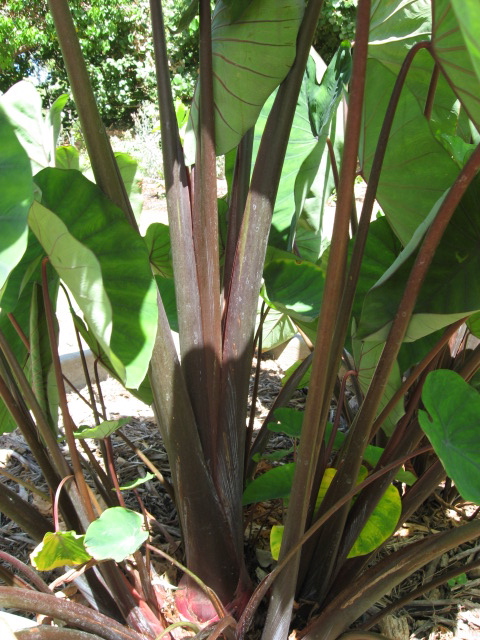 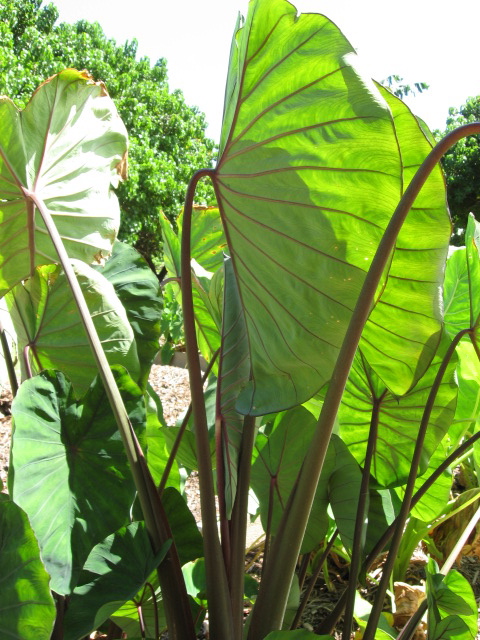 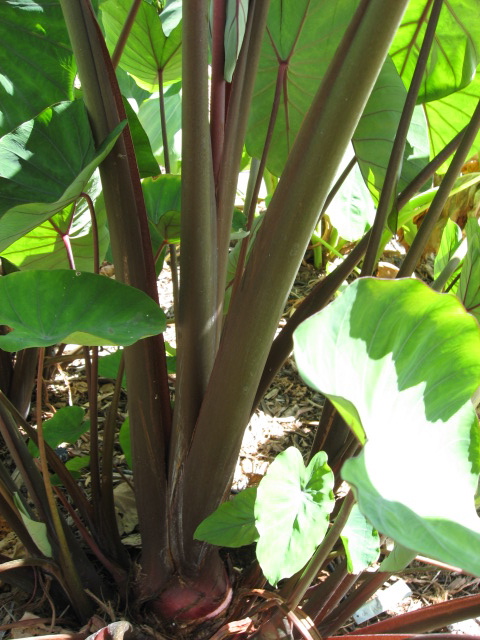 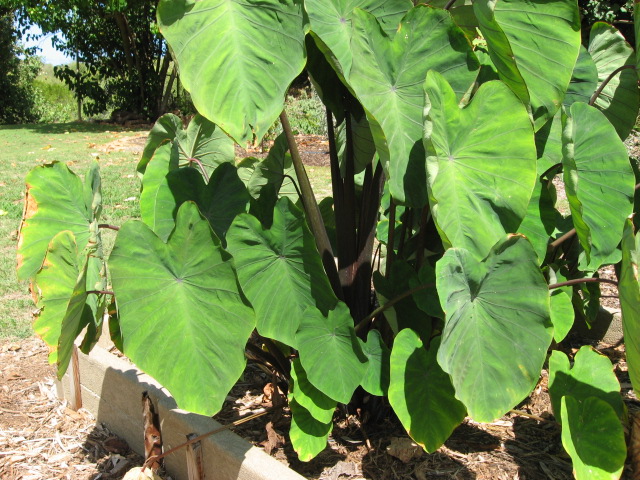